The Paradigm Report Revisited: A Synopsis of Banking/Finance and Government Fraud 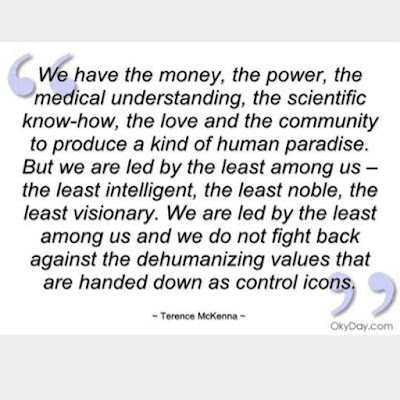 Sometime in 2012, the One People's Public Trust released this document which reports on corruption of governments and manipulation of banking and finance.  With this report as its main piece of evidence, the Trust foreclosed on all governments, all corporations, and all who were working to maintain a "slavery system."

In March 2013, the Trust was collapsed and it was said this was because of the concern that it too would be stolen and used for the same crimes against humanity that the other trusts named in the Paradigm Report were stolen.  This trust, and many others, are today still held by the same criminals who stole them.

A little background on the Trust here.  A lot of people distrusted this information, some went on a mission to defame the Trustees, others defended them, which caused the usual divide of the people.

No matter what you think of the people, does that mean the Paradigm Report is bullshit?  I never got a straight answer to that question.

This report was evidence submitted, and never rebutted, and as we learn more about the fraud through researchers like Ken Dost and so many others, I thought it was worthy of a second look.  A lot of researchers are starting to "see with new eyes" and "hear with new ears" and you might be one of them.

Personally, after witnessing the misery and suffering these governments and bank-employers have caused humanity, I would not do business with any of them, in any capacity, in any way.  I would not contribute one dime or one ounce of my energy to keep them afloat.

View and download the Paradigm Report at this link.

Next is a document that shows who audits whom and the laws they cite as authorities, and you will see that everyone in the White House who can read is absolutely aware of how this corporate structure works.

UCC filings and other related documents I find buried on my computer and elsewhere to come in another post.
Labels: One Peoples Public Trust