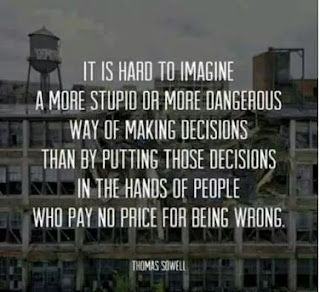 When it comes to research, most of us have been on the path.  We've seen the bullshit, the absolute truth with evidence, and all kinds of stuff in between.

Among the Great Ones (that's what I call them) like Frank O'Collins, Rod Class, Ken Dost, Ellen Brown and others, I'd say Anna von Reitz is among them in research and fact-finding.  After having spent 15 years in the legal field as a legal assistant/paralegal, I already had a jump on some of this information, or at least where it might be found should I need to verify, which made my journey a little less painful than it could have been.  I already knew the current system was corrupt to the core and beyond rehabilitation, which is why I left it in the first place.  And I know there are boxes stashed in state Secretary of State's file storage buildings (at least in my state) with documents showing the evidence of fraud that they will never make digital, because the people will find out what they've been doing for 240 years.

Does Anna publish every single document she talks about?  Nope.  Do those posts inspire you to look for the information yourself and confirm?  I can say it inspires me.  I don't trust anything other than what I can confirm myself and I don't expect anyone to hand me documents and links saying it's truth because I have to read and absorb them anyway -- and looking for them, in my opinion, is part of the journey.  But I'm a nerd.

I've been looking at all kinds of what I call "freedom" solutions for years.  Nothing, and I mean NOTHING struck me as "the" way.

SWISSINDO -- a trust?  Maybe.  A firm solution to the world's problems?  Not likely.  Someone else still controls the strings and out of all the good-hearted and kind people I know within SWISSINDO, not one person can or will tell me who's behind the curtain, other than "Sughi," who I don't know from Adam.

New Earth Nation and their International Tribunal for Natural Justice (ITNJ) is nothing but Slavery 2.0 and I confirmed that for myself while working closely with that group for nearly two years.  It's bullshit.  Follow the money.  Live and learn.

OPPT -- One People's Public Trust -- I see the methods they used dovetailing with Anna, Ken, and Rod.  Their Paradigm Report states the facts, as do Ken's and Rod's research findings.  Cool stuff.

Ken's putting out documents that absolutely show mortgage fraud, identity theft, and the patents and trademark assignments that are basically asset-transfers of our estates from one pocket to the other.

Rod's working on breaking contracts with the state.  More on that as we get verification that it works.

The point? I now know to my own satisfaction that authenticating my birth certificate is the first step and I accomplished that a year ago.  Federal Rule of Evidence 902 is one public law that confirms this, if I'm to take back "title" to my name, my body, and my estate.  The rest is becoming clear.

If you don't use Farcebook (sic intentional) you can go to Anna's website for the latest in solutions if you're willing to go the extra mile, confirm, verify, and put to use.  I'm putting Anna's latest Facebook post detailing how to get out of the corporation's clutches on this page.  And I hope you will all confirm, verify, research, and learn for yourselves how important it is to remove yourself from the slavery system.

Whatever method you choose, verify for yourself that it's the right thing to do because nobody can (or should) do it for you.  Walk your own path using the truth.

Note:  Article #607 should be Article #609 entitled, "Dear Lucretia."  There you can also sign up for updates on new articles posted on Anna's website.

Go to my website, www.annavonreitz.com, #560, #607, #620 and those three articles lay out the entire process both for your personal redemption and your land protection.

Please note that anyone can do the Corrected Deed process.

Anyone can claim protection for their land under the Private Registered Indemnity Bond for their state of the union.

The Corrected Deed process can be done right now, whether or not you have completed the process to free yourself from citizenship presumptions, because the indemnity is for your state of the union.
Later, when you get your own political status cleaned up and you are officially "back on the land" you can use the Private Registered Indemnity Bond as I described for Lucretia.

For people who are actually federal civilian employees, people of color, political asylum seekers, federal welfare benefit recipients --- things are not so clear --- but it appears to me that you can exercise the same protections via claim upon "Equal Civil Rights" provisions if you are challenged.
This same process is now engaged in other countries and I am getting desperate calls and emails from people who are facing similar claims and demands worldwide. Obviously, the Private Registered Indemnity Bond established for the states does not apply worldwide, but the Payment Bond presented to the Holy See via the Vatican Chancery Court (Bank) does.

Anyone who is willing to live under the Law of Heaven -- keep the peace, treat others as you would be treated, and respect the free will of others so long as they don't harm anyone or anything else----can claim the protection of the Payment Bond, AMRI00003 RA393427653US on file with the Vatican Chancery Court.

Please note that there is a "Declaration of Law" involved in making a claim under the Universal Payment Bond. In declaring yourself subject to these three Laws of Heaven you are committing yourself to obey them and setting yourself free from all other obligations. The Law of Heaven is universal, applicable globally, in all places, at all times.

So, if you are a violent gangster pursuing a life of crime and are only repenting in order to get your tail out of a bind, think twice. If you are not pure in your intention, your action will be counted against you---- and as there are no secrets, your intentions will be known.

It is essential that everyone learn the importance of regaining your title, making your lien, and accessing your bond.

The "title" to you, is YOUR Birth Certificate. This is where they split the title to the entity they created as an ESTATE trust and named after you, leaving the STATE OF_________ as the "presumed" equitable title holder, and you as the legal title holder. When you bring YOUR BC and turn it back to the Secretary of the Treasury, you are announcing your "return" to living status so far as the Municipal United States and its bankruptcy trustees are concerned, and making him your Fiduciary obligates him to settle the accounts. That title is then complete, both halves united and returned.

The "lien" is accomplished using a UCC-1 Financing Statement to file a Non-UCC Claim (Box 6) against the NAMES and the organizations spun off the names. For example, the debtors "JOHN MICHAEL DOE, BANKRUPT CITIZENSHIP ORGANIZATION" and "JOHN M. DOE, BANKRUPT PUBLIC TRANSMITTING UTILITY ORGANIZATION" are subject to lien by Doe, John Michael.

The bond has been set up for your individual state of the union where you were born and you can claim protection under the existing Private Registered Indemnity Bond for your state or you can set up a bond of your own.

You now have actual completed title, lien, and bond to control your life estate. The final step is to record your actions in the land jurisdiction. You do this via a simple Deed of Reconveyance removing your Name and NAMES and all variations thereof to the land and soil of your birth --- for example, North Carolina. Your Name can then no longer be "presumed" to be a Foreign Situs Trust and none of your NAMES (or property attached to those names) can be attached as property belonging to any municipal franchise.